The world’s first sound archive, the Phonogrammarchiv of the Academy of Sciences and Arts in Vienna, was founded at the end of the 19th century, and in the mid-20th century others began to be set up with various orientations. In fact, Miranda and Bellveser, agree that the word sound archive began to be used in 1932 and was introduced by Gabriel Timmory to name the French National Sound Library. Hence, the conceptual foundations from which we can approach the study of what a sound archive is come from a more generic term that also emerged in the 20th century: sound archive.

The terms sound library or sound archive are related to the concept of cultural heritage.

Intangible cultural heritage refers to the practices, representations, expressions, knowledge and skills – as well as the instruments, objects, artefacts and cultural spaces associated therewith – that communities, groups and, in some cases, individuals recognize as part of their cultural heritage.

This intangible cultural heritage, which is transmitted from generation to generation, is constantly recreated by communities and groups on the basis of their environment, their interaction with nature and their history, giving them a sense of identity and continuity and thus helping to promote respect for cultural diversity and human creativity. Convention for the Safeguarding of the Intangible Cultural Heritage 2007

But the truth is that anyone, without having to be an institution, usually creates their own sound library, either for personal enjoyment, for organizational reasons such as sound designers, or for the purpose of preserving their own audios.

Who doesn’t have some cassette tapes with family recordings they want to digitize?

Many times when we name an audio we put names like “Locution 001”, “Locution 001 well”, “Sound landscape lagoon”, “Effect footprints”. Most of the time we think of the audio as the most important aspect and the name of the file or the file itself as something secondary.

The audio and the audio file are one thing, they cannot be separated. Metadata is a fundamental part of the audio file. It contains information about the audio file: time, date, location, computer with which it was recorded or digitized, notes, etc.

Metadata is embedded within the sound file, which means that a small amount of information is placed in the sound file itself. There is visible metadata and hidden metadata that can only be read by specialized applications.

The interesting thing about metadata is that although it is embedded in the audio it does not affect the playback of the audio in any way.

Perhaps the best known metadata is that of the photos and the MP3s known as ID3 which contain information about the author, the genre of the song, the duration, etc.
Sound effects have other metadata, or rather, other fields for metadata. For example: genre, category, microphones used, etc.

For specialized audio metadata (where sound effects come in) the industry standard that adheres to the metadata of Microsoft WAV files (also known as WAV or WAVE ) uses an extension called Broadcast Wave Format (BWF) and a more recent extension called iXML.

The purpose of these types of formats is the addition of metadata to facilitate the continuous exchange of audio data between different platforms and computer applications, so they are widely used for both film, video, radio and television.

You could say that the BWF and iXML formats are an improved version of the typical WAV format, since we can incorporate metadata. However, these types of formats have their limitations in terms of the fields you can use, the amount of information you can add:

In response to the constraints of BWF metadata, independent developers created their own metadata formats. This allows sound designers to add more metadata fields (author, microphone type, recorder, category) and other fields that are useful.

Why is Metadata Useful?

The details are what distinguish one recording from another, what make it unique, the context is valuable to any archive.

Other (not less important) Reasons

Metadata is not only a means to identify and structure information, but to make it retrievable. The application and structure of metadata depends on the area where it is used.

There are three types of Metadata:

The amount of metadata we can enter depends on the application we use. Each application has its own metadata fields. 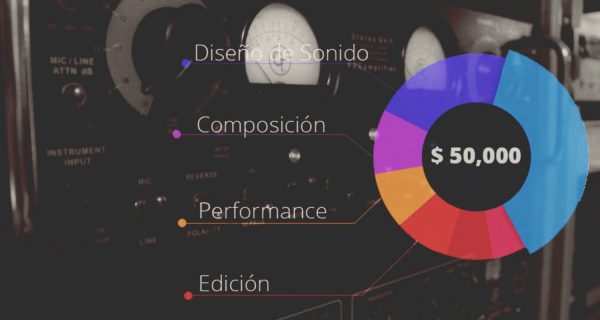